This fall’s JUZDIZRTS Author Event will be taking place at Archtop Cafe & Music in Bolton, Ontario.

In addition to Ron and Kim of Archtop hosting and sponsoring the event, Paul and Donna of Forster’s Book Garden will also be sponsoring us and helping with a variety of publicity efforts.

We are actively looking to fill 5 more Author Positions for the fall event.

Share the news and stay tuned for more information about our hosts & sponsors in the weeks to come. 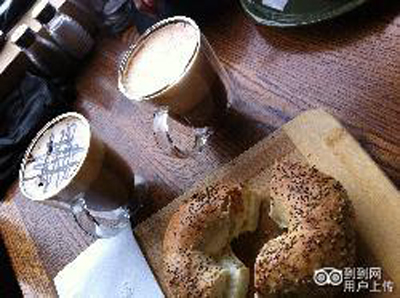 Born in England, raised on the banks of a river in the Sussex countryside, Jim Scott from a young age developed strong spiritual connections with the natural realm. He wasn’t to understand this until much later in life when this realization explained the somewhat unique atavistic philosophies that evolved from his extensive travels and often ran against the grain of mainstream thinking.

Mostly working and often living in close proximity with nature he developed a profound respect for the balance of how life is lived according to the planet’s natural wisdom. This is represented in his writing where he is not shy to criticize what he considers the synthetic, artificial worlds of cities, industry and reliance upon financial success, while advocating environmental causes, bucolic lifestyles and indigenous groups who yet follow the Old Ways of natural balance. Such views, backed by extensive and diverse experience within many realms of human existence coupled with a keen interest in the written word created the perfect opportunity to express what he has seen and believes within his many fascinating stories, poems and essays. The list of countries to which Jim has wandered is long: Morocco, Rhodesia/Zimbabwe, Peru, Gibraltar, India, Antigua, South Africa, Portugal, and many, many more where his sojourns were lengthy enough for adventures to be lived and insightful philosophies developed from them. It is from such experiences among such disparate cultures, landscapes, politics and economies that the stories and verses in his books were forged.

A single father of three, Jim now lives in Canada and spends as much time as he can in the British Virgin Islands where two of his children were born and where, out of all the places to which he has wandered and in which he has sojourned, he
feels most at home. 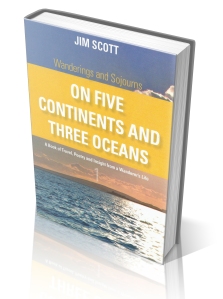 On Five Continents and Three Oceans

Jim has chosen two pieces for this event.  One is a very short and surprisingly true and amusing story written in a medium that is not often used for such from the soon to be published “On Tropical Islands and Sparkling Seas.”

This book is a continuance of the popular book one in the Wanderings and Sojourns series, “On Five Continents and Three Oceans.” Both books comprise collections of true short stories from his extensive and often wayward travels coupled with selected poems often inspired by rather unusual experiences and the somewhat unique life-vision he has developed as a result.

The second is one of the poems which relates to aspects of that life-vision which will hopefully get the listener to at least think about its message, although I do not necessarily ask that they agree.

“JUzDIzRTS is a terrific concept providing up and coming local authors a venue for reaching segments of their market they otherwise may not have the opportunity to touch.  It ties in well with the “book room” concept of the coffee house forming a natural bridge between readers and writers allowing them to interface and learn each other’s perspectives.   Not just a means for authors to promote their work, the setting and schedule encourages the artists and the audience to converse with and inspire each other in a two way energy flow that is often lacking at other reading venues.  As a writer I am very grateful to the organizers for this interesting experiment and plan to support its continuance in any way I can.” – Jim Scott

Douglas Owen started down the path of being a writer of fiction late in life. Encouraged by his wife, Sheila, he pushed his writing first with a well imagined novel, “I Hate Zero-G”, but found out too late that a good editor is hard to find.

While moving the novel back to the drawing board, he encountered the NaNoWriMo project, and conceptualized “A Spear in Flight.” At first it was to be a stand-alone novel, but soon he realized in order to do it any justice, the story would need to be told in four parts.

Doug’s imagination continually pushes different book ideas forward, and he now has a writing list of well over one hundred novels and short stories.

Along with fiction, Doug also writes for Self-Publishing Magazine. His column, “A Written View”, is the only themed recurring column in the magazine directed solely at writers.  He also conducts interviews of upcoming and established writers for the magazine.

With one foot firmly planted in the Science Fiction genre, and the other rooted in Fantasy, Doug stretches our imagination to the breaking point. Innovation, powerful prose, strong characters, and above all the desire to entertain, he hopes you enjoy his works. A Spear in Flight

The first book of the Spear series by Douglas Owen, follows the training of three children as they become protectors of The Realm. The intended audience of the book is young adults ranging from 12-18, but adults have adored the work as well.

It reminds us of how fleeting youth is, and how well children adapt to changing situations. We are also reminded of the strengths and weaknesses of those younger than us, and that evil will always attempt to take advantage of them.

Unlike other young adult authors, Douglas Owen does not hold back on advanced plots and themes. He treats his readers with respect, and allows them to experience both the good and the bad of growing up to be a soldier, a judge, a jury, a Spear.

“The JUZDIZRTS Author Event is an amazing venue highlighting local talent. As an author I can think of no better way to reach out to readers than participating in this event.” – Douglas Owen 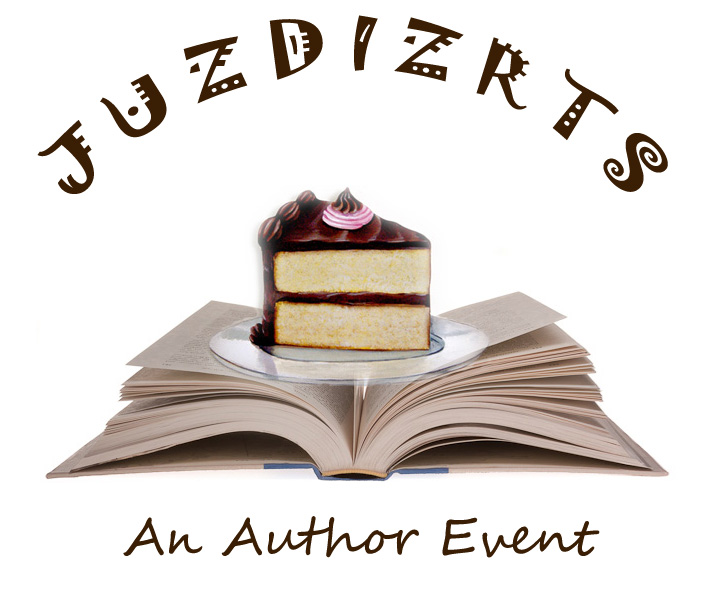